KU Law’s Course Description for Law 860, Alternative Dispute Resolution, is: This course introduces the student to arbitration, mediation, negotiation, and other methods for resolving disputes.  In addition to serving as alternatives to the court system, these processes also play an increasingly important role in litigation and settlement.  This is a survey course, which may include exercises to develop skills such as interviewing, counseling, and negotiation. 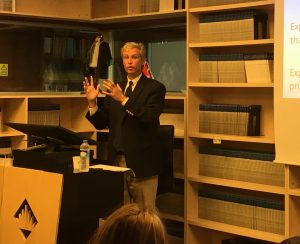