University of Kansas (KU) Law Professor Stephen Ware began focusing on Arbitration in the early 1990’s when he was on the faculty of Samford University’s Cumberland School of Law.  At KU Law, Professor Ware has several times taught Arbitration as part of a survey Alternative Dispute Resolution course, Law 860.  Ware is the author of Principles of Arbitration Law (2017) the Concise Hornbook on Alternative Dispute Resolution, a co-authored Cambridge University Press book on arbitration, dozens of law review articles, and blogs about ADR generally and Arbitration specifically.  He has testified on arbitration before the United States Senate and House of Representatives and, as an expert witness, in court. 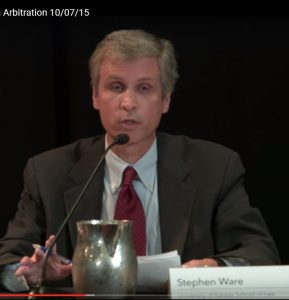 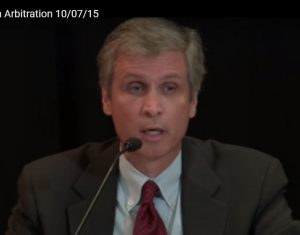 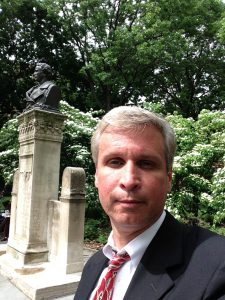 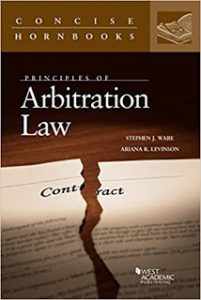